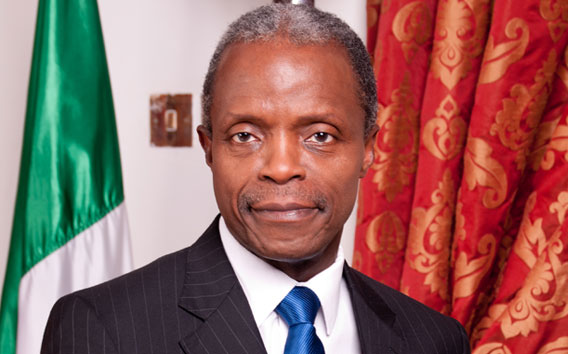 The last has not been heard of the alleged brazen looting that took place under the Goodluck Jonathan administration with the revelation yesterday that Nigeria lost about $15 billion to fraud in security equipment spending.

Vice President Yemi Osinbajo, SAN, who made the startling revelation, lamented that “far too much” was lost to corruption during the last administration.

The vice president was speaking at the book presentation of the Ibadan-based elite group, House of Lords, which published an in-depth analysis by experts titled: “Nigeria: The challenges of Growth and Development”, at the University of Ibadan (UI).

Noting that the administration of President Muhammadu Buhari presidency has kept on a sustained fight against corruption, Mr. Osinbajo, a Professor of Law, said the country simply cannot sustain the shocking level of public sector corruption in particular.

“It was discovered a few days ago that the total amount of money lost just to corruption in part of…and provision of security equipment in the military is closer to 15 billion US dollars”, Osinbajo, was quoted as saying in a statement by his Senior Special Assistant on Media and Publicity, Laolu Akande.

Mr. Osinbajo told the audience of top academics, businessmen and professionals that what the Buhari Presidency is “trying to do is to ensure that there are consequences for corruption and we try to send a message that anyone who is found to have been corrupt would not only lose the property they have stolen but will also pay for it in terms of the sanctions of the law.

“I believe strongly that it is important to send a message that no public officer can steal the resources of this country and expect to escape. I hope the message would be loud and clear and it will inform behaviour in the future”.

“By the grace of God in the next few days, we will begin the implementation of one of the most ambitious budgets in our history. Ambitious, not just in its size, but more in its broad range of fiscal and other socio-economic policies”, the vice president added.

The vice-president said that that the Federal Government plans to generate 7, 000 megawatts of electricity within the next 18 months.

According to him, power remains a major challenge the Federal Government had been facing, and which the government is determined to solve.

Osinbajo said that the nation was faced with the problem of conveying gas to the power plant, adding that the pipeline, which remained the easiest method, was frequently facing vandalism.

“Early in the life of this administration late last year and early this year, power generation was possibly at its best.
“Nigeria, for the first time was actually generating 5,000megawatts, which was the first time it will happen in the history of the country.

“On February 14, the Forcados Export Terminal was blown off, effectively ensuring that 40 per cent of our gas that goes for power is no longer used for the purpose.

“This situation led to the immediate loss of 1,500 megawatts of power. It is our priority that the pipeline project is completed so that gas will be adequately supplied to the power plant”, he said.

He said that President Buhari had two weeks ago ordered full mobilisation of the military for the protection of pipelines in the country.

Osinbajo said: “The limits of the growth and development of most nations largely depend on the strength of the value-driven influence of their elite, indeed it is evident that the reason for the development and growth of most societies is not resources, but values – otherwise African countries will be the most developed”.

Using the example of Singapore, Vice President Osinbajo noted that the reason why the “tiny, resourceless island is richer than most of sub-Saharan Africa, with its vast resources is values: hard work, integrity, innovation promoted by a committed elite, Thus, the custodian elite especially in largely poor and illiterate societies, has a huge responsibility”.

He described that responsibility as “The burden of privilege”.

Reviewing the book, Prof. Jide Osuntokun said the writers have carefully highlighted the various challenges bedeviling the nation and how they could be corrected for national growth and development.

“Nigeria’s problem is structural and systemic, and it could be structurally and systematically addressed”, Osuntokun said.
Chairman of the event, Mr Oba Otudeko, said there was no other better time to discuss the development of the nation than now when they have the company of people who cares.

He described the “House of Lords, Nigeria” as a collection of people whom the interest of Nigeria and the welfare of the citizens were paramount in their minds.

The House of Lords, Nigeria was founded fifty years ago and has a membership strength of 34 with Prof. Ayodele Desalu as the “Leader”.