A middle- aged  trader at Alaba International Market, Ojo, Lagos, simply identified as Joseph, a.k.a Pastor  is in Police net for allegedly raping his neighbour’s  seven-year-old granddaughter (names withheld) at Mechanic Bus Stop, Ojo, Lagos.  It was learned that the victim’s mother, Mrs Nene Oguchint, alongside her three children visited her sick father who lives in the same compound with the suspect at Number 19, Adeyanju (Civilian Barracks) three weeks ago. The victim was allegedly raped twice during this period by Joseph who is popularly called Pastor in the vicinity.

Crime Alert gathered that the bubble burst after a teenager in the compound confided in the victim’s mother, Nene Oguchint, that Pastor had earlier defiled his 12-year-old brother, Collins. Shocked at the disclosure, the victim’s mother made further enquiries only to discover that her visiting daughter had fallen victim of the notorious serial rapist.

The victim (names with held) told her bewildered mother that the first time pastor did it was the day she, together with her younger ones, went inside the Pastor’s room.

“When we entered, he told my little sister Amaka to take my brother, Victor outside. When they went outside, Uncle asked me to sit on his laps, removed my pants and his trouser and started putting his private part inside my bum-bum. Later, white substance began to come out from it. After he finished, he gave her N10,00. The second time was in the afternoon; I was in the passage alone, so Uncle Joseph started calling me, in a low voice, to come in.

I thought he wanted me to run some errand for him. So, I went inside his room and he did the same thing to me. After he finished, he gave me two sliced bread. Asked why she didn’t tell her mother, she said that Uncle threatened that he will kill her  if she told anyone.

How the bubble burst

Mother of the victim, Nene Oguchint who spoke to Crime Alert on Thursday morning gave her own account of the incident.

“I live in the East with my husband and children. I came to visit my sick father who lives in that compound on the 29th of April with my three young children. At about 6pm when I got home on Monday, I was washing clothes when one of my neighbour’s children, named Junior (14 years old) came to me and said that there was something that happened that he wanted to tell me.  I asked him what, he said one of our neighbours, Joseph (a.k.a. Brother pastor) pleaded with his mother to allow his younger brother Collins, (12-years old) sleep in his room since his sister didn’t come back home that night.”

According to him: “Ignorantly, my mother agreed and that night, my younger brother slept in his room. In the morning when Collins woke up,  he complained to me that Pastor didn’t allow him to sleep in the night, as he kept touching his penis, kissing, and troubling him all through the night. He pulled his trouser and when he tried to shout,  he closed his mouth.” Junior further explained that thrice the Pastor attempted to rape him and he told him off, as such he dislikes him. 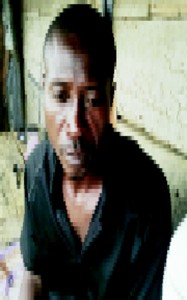 She continued: “I asked Junior why he didn’t report to his mother, he said he didn’t because the Pastor is dating his mother and that his mother would not believe him. Still, I encouraged him to tell his mother which he did. Unfortunately when he did, the mother slapped him, asking how he would make such an allegation against Joseph the Pastor. While this was going on, two siblings from another tenant, Joel and Emma said that the same Pastor has done similar things to them, too. I asked them why they didn’t tell their mother when it happened, they said he threatened to kill them if they told anyone.

“I was shocked so I called my daughter (names withheld) and asked her if she heard what Junior, Joel and Emma had said. She said yes. I asked her if the Pastor had done something like that to her, she started shivering and said; “Yes mummy, please don’t beat me.” I asked her how many times, she said twice. After she explained to me, I raised alarm. Then, the Pastor was already inside the house of one of the vicrtim’s mother, Mama Collins. I then confronted him.  He didn’t say anything, it was Mummy Collins that was pleading with me to calm down and stop shouting and advised that I should not tell anyone.

I told her that it was not possible, that there was no way I would sweep a case of defilement against my daughter under the carpet. I then called my husband who had travelled to the east. It was my husband that told me to report the case to the police, which I did on Tuesday morning because it was already late. When I got to Iyana-Isashi Police Station, the police officers were confused because the suspect had come to report the case to them the previous night.

“The police took my daughter to a private hospital in Ali-Baba, Isashi, where a test was conducted and it was discovered that she has been sexually abused, recently. After attempts to persuade me to settle the case failed, the police officer in-charge of the case said that if I want the case to be charged to court, I should be ready to pay money for transportation to Badagry Magistrate’s court. 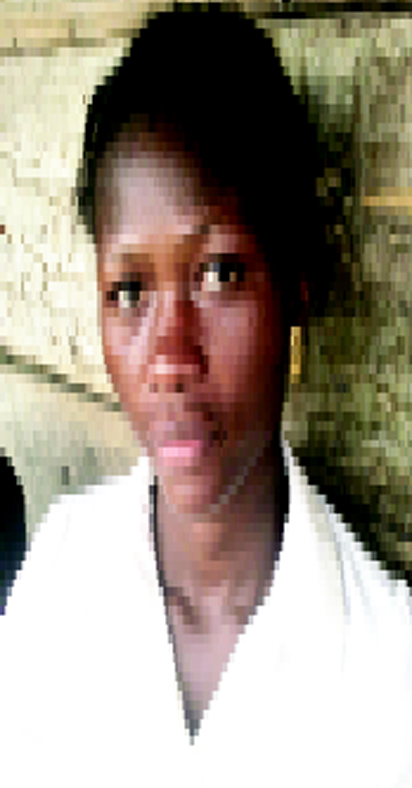 “On Wednesday afternoon,  the police officer in-charge of the case hurriedly took us to Badagry Magistrate’s court after he heard that human right groups were interested in the case. Unfortunately, we got there late and the case could not be heard because the court didn’t sit. They referred us to Ojo Magistrate’s court. I don’t understand how the police is handling the case any more as the IPO says I won’t be going to the court with my daughter.

Since the incident took place, many  of the suspect’s relatives including an Anglican priest, have been calling asking us to name our price, that they would pay anything for the case not to go to court. The suspect who was initially denying the allegation, later started begging me to forgive him and withdraw the case.”

Lamenting,  the victim’s father, Chinedu Oguchint, a trader, who came to Lagos because of the case on Wednesday, said: “ I want the case to be properly investigated and we want justice to be done. We are calling on the Commissioner of Police, Owoseni Fatai, Lagos State Government and the human right groups to intervene in this issue as the suspect’s relatives are attempting to cover the case up. “

While this was going on, another drama took place as parents of the victim alleged also that the Investigating Police Officer had forcibly taken their daughter to an Ikeja magistrate’s court where the case was to be heard. The mother said she was at the police station with the suspect when the police officer took her child and insisted that she should not follow them to court. According to her, “They left the police station without me. I traced them to the court in Ikeja, later.”