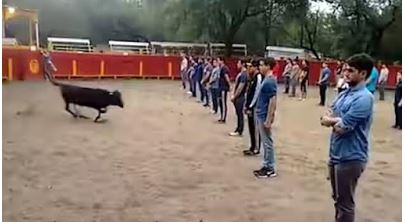 A bull won’t attack a human unless it feels threatened but do you have the nerves to stay perfectly still while it charges around? That’s what one teacher asked his students to do.

Teacher Ricardo Torres Martinez lined up his pupils in rows in a bullring in Apodaca, north-east Mexico, before releasing the animal.

‘Stay still everybody… do not move.’

The animal runs around and in between the students in an attempt to find a way out of the ring.
At no point does he show aggressive behaviour and even swerves to make sure he does not hit into anybody.

One student even shouts and waves at the bull and tries to chase after it, but the animal ignores him completely.

The video of the demonstration is entitled ‘It doesn’t attack them’ and the caption underneath reads: ‘A teacher shows that if you do not hurt a bull, it won’t attack us… The animal only wanted to ESCAPE.’

The class was part a course taught by Mr Martinez at the Monterrey Institute of Technology and Higher Education (ITESM) in the state of Nuevo Leon.

More photos and the video below… 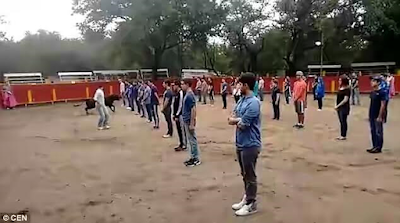 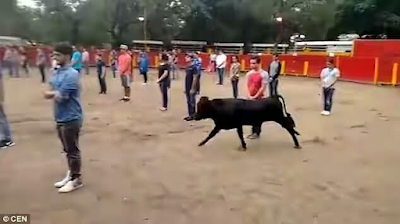 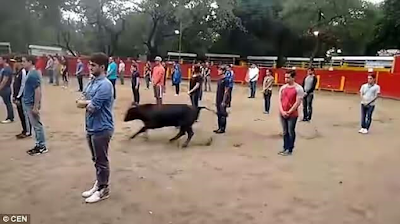 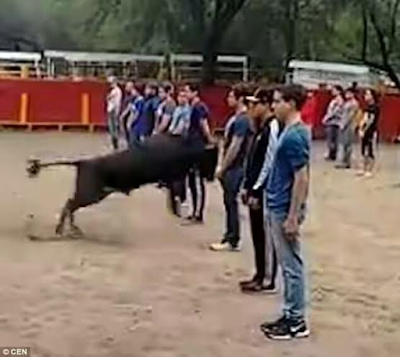