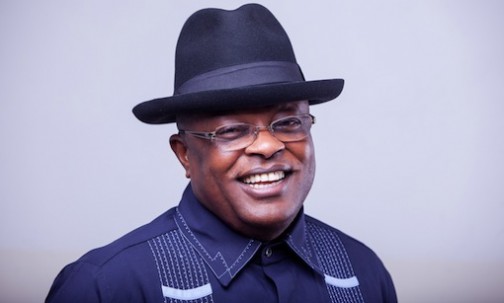 The Ebonyi Police Command has confirmed the retrieval of the corpse of a Second Republic Senator, Dr Offia Nwali, from a pond behind his house.

He said Nwali’s corpse was found in a pond at the back of his building in his hometown of Ameka, Ezza South Local Government Area, at the weekend.

“We cannot establish whether he drowned inside the pond or whether he was killed but investigations have commenced to unravel the mystery behind his death.

“We have not made any arrest so far but we assure the citizens of the state that we would ensure that the matter is investigated to its logical conclusion,” he said.

Meanwhile, Governor David Umahi of Ebonyi has described the death of 74-year-old Nwali as a ‘monumental loss’ to the state and nation.

Umahi, who commiserated with Nwali’s family during a condolence visit on Tuesday, described him as a great scientist and patriotic Nigerian.

“His death is shocking to all citizens of the state as his life which was full of mysteries, embodied truth and commitment to the state’s cause,” he said.

The governor who was accompanied by the Secretary to the State Government, Prof. Bernard Odoh, and top government officials, urged Nwali’s children to immortalise him.

“You should live just and principled lives which your late father epitomised during his sojourn on earth .

“The state government would assist the family during his burial and afterwards while upholding the legacies he left behind,” he said.

Nwali’s first son, Oguzor, said that his corpse had been deposited at the Federal Teaching Hospital, Abakaliki mortuary.

Oguzor described his father as a legend, noting that his love for the unity of the state, Igbo race and Nigeria, knew no bounds.

Nwali was one of the first Africans to obtain a doctorate degree in Computer and Analytical Studies from Harvard University, U.S.

His return to Nigeria in 1972 was facilitated by a former Inspector General of Police, Muhammadu Yusuf, as he was appointed Chairman of the School Board by the then East Central State Government.

He represented Abakaliki Senatorial District at the National Assembly from 1979 to 1983 and was the first individual to submit a written request for the creation of Ebonyi on Oct. 10, 1979.

Nwali lost his entire family in a Forker 28-plane crash at the Enugu Airport in 1983 but later remarried.

The Police Command in Ebonyi also confirmed the retrieval of the corpses of two students of Federal Government College, Okposi in Ohaoazara Local Government Area, from a stream in the area.