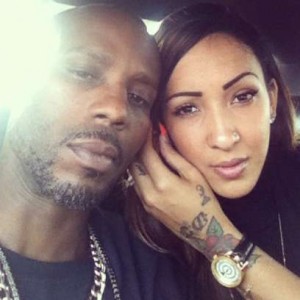 Gossip site, Theshaderoom, has reported that the veteran rapper is expecting his 13th child with girlfriend, Yadira Borrego.

The reports go on to disclose that DMX had been married to Tashera Simmons and shares four children with her but had been divorced in 2014.

Simmons had according to reports, deserted the rapper after she had discovered that he had fathered four other kids outside of wedlock.

DMX had welcomed his 12th child in 2013 with his former fiancee and is now reportedly expecting the 13th.

Although the rapper is yet to confirm this news, Theshaderoomhas shared a photo of DMX and Borrego who is obviously pregnant entwined in an embrace.

It is surprising that despite the reports that Simmons and kids have become homeless, while he is constantly trailed with rumors of his failure to provide child support, he still wants to have more kids.