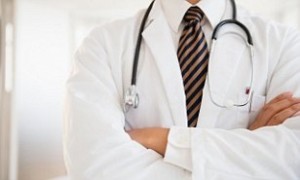 The Saudi Arabian police department have in custody a man who shot a male doctor just after he helped deliver his wife’s baby.

It is said that the suspect was angry that the hospital had allow a male doctor Muhannad Al Zabn, to treat his wife during child birth.

The man who has not been named is believe to have wanted a female doctor  to deliver the baby and was upset that the male doctor would have seen his wife naked.

The baby was born in April at the king Fahand medical city in Saudi city of Riyadh. The man reportedly travelled to the hospital and contacted Dr Al – Zabn for a quick chat.