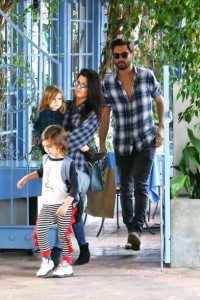 According to a very reliable source, Scott Disick has since been battling with Kidney disease caused by his recurrent drinking habit.

The 32-year-old reality star is allegedly suffering kidney dysfunction, made worse by his alcohol addiction.

Speaking with Us Weekly, an insider reveals:

“He’s been sick for awhile, and his drinking is making it worse.

“He’s been told numerous times that if he doesn’t stop, he’ll need a liver transplant or dialysis.”

The source adds that, “The family is appalled and concerned by his drinking.”

The father-of-four has been very active at party scenes, repeatedly spotted at clubs and outings punctuated with alcohol.

Disick had been spotted with Kendall, Kylie and Kris Jenner, as well as Tyga, partying in Cannes over the last week.

The embattled star’s nine year relationship with Kourtney Kardashian had come to an end last year mostly due to this same habit which may sadly lead to a kidney transplant or worse.