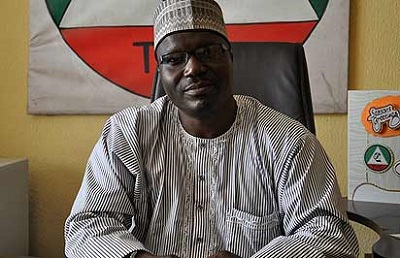 The Trade Union Congress of Nigeria, TUC, yesterday, advised state governors to in their interest, disregard the call by Dr. Doyin Okupe, former spokesman to ex-Presidents Olusegun Obasanjo and Goodluck Jonathan that they should downsize their workforce.
Okupe, a medical doctor, on Tuesday advised governors in the country to sack 20 to 30 per cent of the workers in their respective states’ civil service in view of the prevailing economic realities.
Condemning the call by Okupe, TUC President, Comrade Bobboi Kaigama, in a statement Wednesday, argued that instead of proffering solutions on how to revive the ailing economy, the former presidential aide elected to declare war against workers.
“It is this type of negative advice by Okupe and his likes that led to the destruction of the economy. The governors should, therefore, not listen to him because if they proceed to sack their workers, when their states start to boil, Okupe and his fellow jesters will be rejoicing privately or worse, and still jet out of the country”, Kaigama said.
The TUC boss also debunked claims by Okupe that civil servants alone consumed 90% of the budgets and asked him to provide the statistics that led him to that conclusion.
“How can the meagre salaries of civil servants take the lion share of the state budget? If the truth must be told, it is the outrageous salaries and allowances of political office holders that deplete the budget.
“Indeed, the former Central Bank governor, Sanusi Lamido Sanusi, once told the nation that 25 per cent of the budget is spent on legislative emoluments. If you add that to the whopping salaries and allowances of the executive arm, it will become clear that it is politicians like Okupe that are milking the economy dry”, he asserted.
“We know Okupe fully well and we equally know his antecedents. We are more than prepared to expose all his dirty deals if he does not maintain the peace”, the TUC warned.