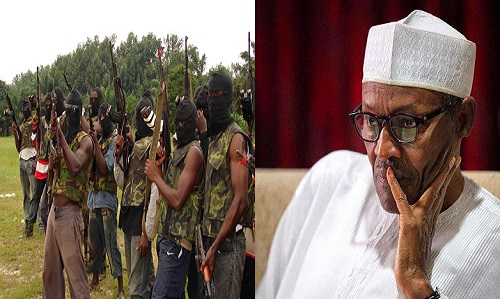 The South East Caucus of the All Progressives Congress, APC, has asked the Niger Delta Avengers to direct their grievances to former President Goodluck Jonathan rather than blaming President Muhammadu Buhari administration for the neglect of the region.
The caucus stated this in a statement by its spokesperson, Osita Okechukwu, on Monday.
The Avengers have claimed responsibility for the renewed bombings of oil pipelines in the Niger Delta region, vowing to blow up all oil facilities in the region, including offshore platforms, if its 10-point demands are not met.
Among the demands by the Avengers is the unconditional release of the leader of the Indigenous Peoples of Biafra (IPoB) Mr Nnamdi Kanu and the immediate implementation of the report of the 2014 National Conference.
Reacting to the nefarious activities of the militant group, the APC caucus said Mr. Jonathan, who is an indigene of the oil-rich Niger Delta, failed to develop the region while in power for five years, wondering if members of the NDA were sleeping then.
“May we honestly ask the Niger Delta Avengers, where they were, when our dear former president, His Excellency, Dr Goodluck Ebele Jonathan, GCFR, from 6 May, 2010 to 29 May, 2015 presided over Nigeria?” the caucus said.
“Were the Niger Delta Avengers in deep slumber when Jonathan, for good five years failed to Clean-Up the Niger Delta, failed to complete East-West road, failed to review Oil Blocks, failed to amend the Constitution to their taste, and failed to build the three Greenfield Refineries which he awarded?
“In actual fact, if there is anything to avenge, or anybody to blame, the barb should be directed at ex-president Jonathan and cohorts who criminally neglected the Niger Delta and by extension Nigeria via unconscionable planlessness and squander-mania”.
The caucus, therefore, appealed to the NDA to sheathe its sword and give Mr. Buhari more time to look into their demands.
It said it was making the appeal taking into cognizance the laudable projects the president had charted and lined up for the Niger Delta region, including the Clean-Up of Ogoniland, completion of East-West road and Calabar-Lagos Railway.
The caucus argued that no sane Nigerian would pray for the reoccurrence of the ugly incident of Odi in 1999, Zaki Biam in 2000 and Gbaramatu in 2009, which it said the NDA was consciously simulating.
It said, “It is our candid view that bombing of Forcados pipeline, Bonga Oil field, Chevron trunk lines and other Oil and Gas installations will neither facilitate the implementation of 2014 National Conference Report, funding of the Amnesty Program, nor the Clean-Up of the Niger Delta region”.
The caucus also said the escalation of bombings in the Niger Delta region was an ill-wind which would blow no one any good, “not the least the good people of Niger Delta whom the Avengers claim to avenge their age long ills”.
“Accordingly, we plead with our brothers, the Niger Delta Avengers for God’s sake, to do a deep re-think and graciously allow peace to reign, for our collective national interest and indeed to save the Niger Delta from ruins”, the caucus said. 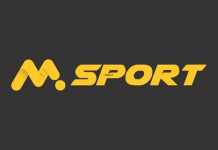