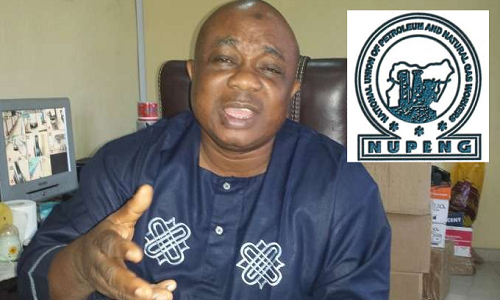 The National Union of Petroleum and Natural Gas Workers (NUPENG) on Monday, advised organized labour in the country not to “cry more than the bereaved” over the removal of fuel subsidy by the Federal Government.
The NUPENG was reacting to the organized labour’s decision to embark on strike action on Wednesday to force government to reverse the removal of subsidy, which saw the pump price of petrol increase from a minimum of N86 per litre to N145 a litre across the country.
The South west chairman of NUPENG, Tokunbo Korodo, who gave this admonition on a radio program, “Citizens Forum on Day break Show” on Rockcity FM Abeokuta, said the union and its sister body, the Petroleum and Natural Gas Senior Staff Association of Nigeria (PENGASSAN) were more concerned than any other union in taking position on if the subsidy removal by government was justifiable or not.
Korodo noted that “the industry cannot be turned into battle field for reason not justified. We have listened to government this morning and we have also restated our position why we are supporting the government at this time.
“We are the most concerned in this matter and you don’t cry more than the bereaved. We have made our position known and we shall continue to monitor the government to see if they are going to derail from what they have told us to do, then we are going to take them on”, Korodo, who also doubles as the Lagos State chairman of NUPENG, said.