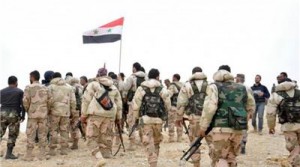 Syria’s official news agency SANA reported that the military “eliminated a number of ISIS (ISIL) terrorists who had infiltrated a hospital in Deir Az-Zor city and taken doctors, patients, and other civilians hostage.” “A source on the ground told SANA that army units clashed with a group of ISIS terrorists that had infiltrated al-Assad Hospital in Deir Az-Zor, which resulted in the death of the terrorists,” SANA reported.

ISIL, which controls most of Deir Az-Zor province, has stepped up its offensive to take more territory from the government there.  The hospital and the university dorm that the military said it had regained are located in the centre of an area that the government controls.

“The area has been surrounded and besieged by ISIL for months now … There has been fighting back and forth between both sides, but this was different because the attack came from multiple sides, from the north, west and the south,” Dekker said. She also received reports that ISIL is trying to cut some vital supply lines for the Syrian government between a military airbase, a main brigade headquarters, and the centre of the city.