After crashing a new car his parents had recently bought for him, an 18-year-old boy decided to take his life. 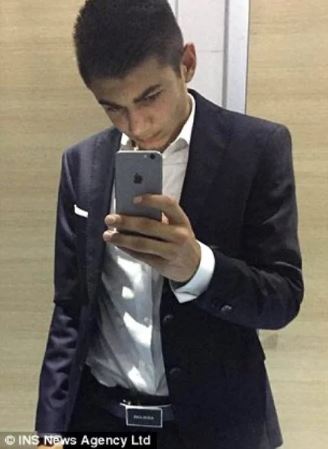 The 18-year-old gymnast identified as Ruslan Gutu, reportedly committed suicide after telling his girlfriend Athena La, that he was worried about how his parents would react when he tells them about crashing the new car they had just bought for him. Gutu was said to have been worried about how he’d pay for the damage on his car after crashing into a Land Rover.

He sent a text message to his mother saying “Soon i’ll be watching from above”. Gutu was later found hanging from a tree in the woods in his hometown in Bracknell, Berkshire, England.

Here’s what Gutu’s girlfriend said: “He told me he had been driving his car which was new and had crashed it into a Land Rover. He was shaking as he told me. It was brand new and he seemed really worried. He didn’t want to tell his parents and he was worried about how he was going to pay for the damage. The car seemed to be the only worry, but he said he was lonely. I told him he had his family, me and his friends. When I mentioned his friends he became quite upset. I think he had alienated them due to his changes in mood. He asked me if I had any rope or paracetamol and asked how much paracetamol it would take to overdose. I told him he was being stupid. He left at around 6am.”