Reports have emerged regarding a potential terror threat in Milan ahead of tonight’s Champions League final, as a major train station 10 minutes away from the San Siro has been evacuated. 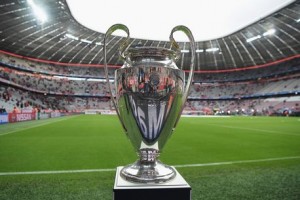 According to SkySports, a “suspicious package” has been discovered at the Cadorna station in central Milan just hours before Real Madrid and Atletico Madrid are due to take part in the season’s biggest game. Cadorna is one of the busiest stations in the Milanese metro system, and is one of the most used stations on the way to the stadium for travelling fans. 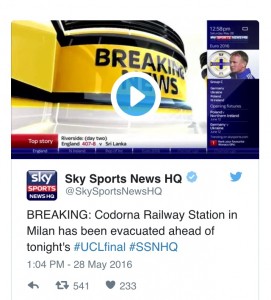 Thousands of fans of the two clubs have been travelling to the city early today in anticipation for the clash, gathering in the city’s famous Duomo Square. That location is also in close proximity to the station concerned.

Authorities hope to have the travel system back to normal as quickly as possible.