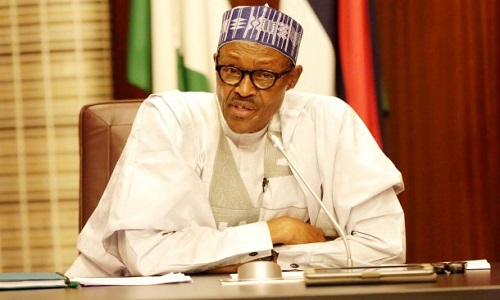 Nigerians have been reminded that tough economic decisions, which may lead to hardships, must be taken to reposition the economy.
President Muhammadu Buhari stated this Sunday morning in his Democracy Day broadcast.
The president reiterated his administration’s resolve to keep the Naira steady against the U.S Dollar as devaluation had done dreadful harm to the Nigerian economy in the past.
He said he supported the monetary authority’s decision to ensure alignment between monetary policy and fiscal policy, saying that government would keep a close look on how the recent measures affect the Naira and the economy.
“But we cannot get away from the fact that a strong currency is predicated on a strong economy. And a strong economy pre-supposes an industrial productive base and a steady export market. The measures we must take may lead to hardships”, he noted.
President Buhari, who acknowledged that the problems Nigerians had faced in the last one year had been many and varied, stressed that the real challenge for his government had been reconstructing the spine of the Nigerian state.
This, he said, has been the focus of his administration in conjunction with all arms of government in the last one year – to revive institutions so as to make them more efficient and fit for purpose.
“That means a bureaucracy better able to develop and deliver policy. That means an independent judiciary, above suspicion and able to defend citizen’s rights and dispense justice equitably. That means a legislature that actually legislates effectively and above all; that means political parties and politicians committed to serving the Nigerian people rather than themselves. These are the pillars of the state on which democracy can take root and thrive. But only if they are strong and incorruptible. Accordingly, we are working very hard to introduce some vital structural reforms in the way we conduct government business and lay a solid foundation on which we can build enduring change”, he said.
Buhari further admitted that his government had made the very painful but inevitable decisions in the last few weeks, “specifically on the pump price of fuel and the more flexible exchange rate policy announced by the Central Bank”.
The president said it was even more painful for him that Nigeria, a major producer of crude oil with four refineries that once exported refined products, today had to import all of its domestic needs.
“This is what corruption and mismanagement has done to us and that is why we must fight these ills”, he maintained.
He said as part of the foundation of the new economy, his administration had to reform how fuel prices had traditionally been fixed.
Explaining how the federal government arrived at the decision to hike fuel price from N86.50 to N145, Buhari said: “This step was taken only after protracted consideration of its pros and cons. After comprehensive investigation, my advisers and I concluded that the mechanism was unsustainable”.