This banker Now Sell Puff Puff On the streets of Lagos 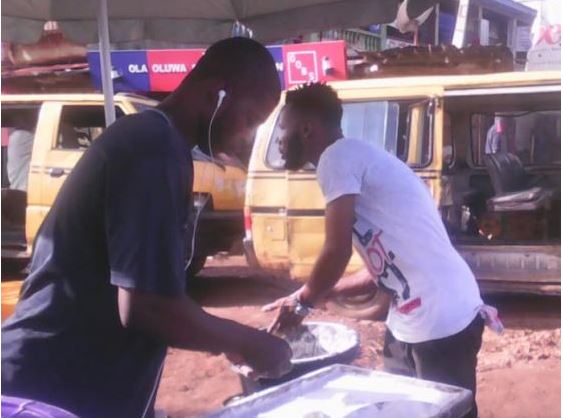 Why would anyone quit a prestigious bank job to sell puff puff on the streets of Lagos?

Omotade Johnson is one of the rare ones that made a transition from a career job for a street stressful business, but the questions is, is puff puff selling a career job or a part time business?

Having lost his job at Intercontinental bank during the banking crisis of 2009, he made the quick decision to start selling puff puff. He had this to say; “I never went to school for it, I learnt it from my friends who were professionals in the business. Although, some of them were younger than me in age then, but that never mattered to me, because all I wanted was for them to teach me how to fry and all other things involved, which they obliged and taught me, even without demanding I should pay money for the training.

So, since I joined, the business has been good; I don’t have anything to regret. I’m not lacking any money. I love the business. It’s quite a profitable one.”

Share
Facebook
Twitter
WhatsApp
Previous articleSon of a security guard emerges As LASU’s Best graduating student
Next articleSee comments a man made about the little boy who was brutalized by his step-mum
- Advertisement - Ad ==> TRUTH FINALLY OUT! Discover how a young Nigerian graduate now makes a consistent 40k per week doing a legitimate online business. You too can start yours now, click here!!!