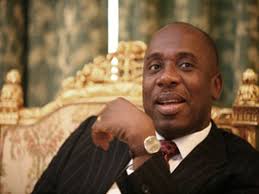 On this day in 2013, Governor of Rivers State at the time, Hon. Chibuike Rotimi Amaechi, CON, was re-elected as the chairman of the Nigeria Governors’ Forum, NGF.
Amaechi, whose re-election was fiercely opposed by both President Goodluck Jonathan and the leadership of the ruling Peoples Democratic Party, PDP, got 19 votes to beat his challenger, Jonah Jang of Plateau State who got 16 votes.
Also on this day in 20113, communities in the downstream of the Taylor creek traversing Bayelsa communities in Yenagoa local government area were hit by oil spill from a Shell Petroleum Development Company (SPDC) facility.
Advertisement