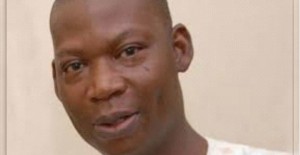 On this day in 2012:In Nigeria, a popular labor activist and principal secretary to Edo State Governor (Adams Oshiomhole), Olaitan Oyerinde, was murdered in cold blood by unknown gunmen in Benin city.

Also on this day in 1988; Representatives of South Africa, the United States (US), Angola and Cuba met in London (3-4 May) in search of a solution to the Angolan war and independence for Namibia.
These negotiations heralded the end of foreign intervention in the war in Angola and the ultimate independence of South West Africa/Namibia. Neil van Heerden, SA director general of foreign affairs, led the South African delegation. The meetings, hosted by the US and led by Chester Crocker, took place in the informal atmosphere of London coffee shops in various venues. Also present at the first meeting at the coffee station at Brown’s Hotel, were Gen. Jannie Geldenhuys (South Africa), Gen. Rosales del Toro (Cuba) and Antonio Dos Santos Franca ‘Ndalu’ (Angola).

This meeting was followed in the same month by meetings in Congo-Brazzaville and the groundbreaking Cairo summit.

Also on this day in 2008: Rebels in Niger Delta area of Nigeria blew up three oil wells operated by Royal Dutch Shell.

Equally on this day in 2010: Police freed a Ghanaian woman in Nigeria after a shootout with her kidnappers in the restive oil city of Port Harcourt.