British actor, Tom Hiddleston is reportedly in talks to take over as the next James Bond.

According to media reports, discussions have now ramped up with Hiddleston, and he is now in ‘advanced talks’ to take over from Daniel Craig.

Although, Craig is yet to confirm his departure from the iconic role, previous reports claimed that the actor had turned down a £68 million offer to stay on as the spy – after he previously said he would rather “slash my wrists” than reprise the role.

The report also mentions how Hiddleston had previously spoken of his interest in the role during an appearance on The Graham Norton show, but adds that no official deal has been agreed with the actor. 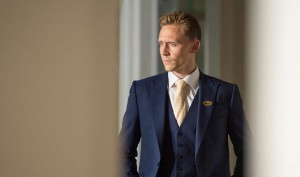 Hiddleston was initially touted as a replacement for Craig after he played a super-spy in BBC series The Night Manager – with bookmakers later suspending odds on the actor taking the role.