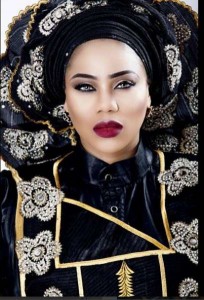 Famous celebrity stylist and businesswoman, Toyin Lawani has just shared a tale on her Instagram page today, May 24, 2016.

According to her, she met a young man on the street and turned his life around.

She wrote, “The 1st day i set my eyes on lekan,years ago,He cleaned the Glass of my Range Rover sport,on Adeola odeku,It now became a Routine ,everytime i drove past that junction,for a year,until one day i parked and asked him why hes not in school and where he lived, he said he sleeps at BarBeach,He stays with his grandma at ikotu and he does it to takecare of her,i told him if i gave him a job would he be happy,he said yes,gave him a cleaner job at mine,hes been with me for about 6years now.

He is good in making hair now and he wants to learn makeup and Learn to be a Designer too,i see the Best in people always and try to help the little way i can,Even if you are Deaf and dumb,i believe everyone has something to offer,yes i was scared he would plan and rob me but he didnt,But i had to give him a chance to prove himself,dont be too quick to judge anyone,Always give people chances until they mess up,Then you can now give up,if you are with Team Tiannah and you have complains,its means you are not straight forward and you are lazy.“

Toyin shares two-year-old son with ex lover, Lord Triggs, with whom she only recently parted ways, moving on with Sifax Group boss, Taiwo Afolabi, who is also the father of Starboy records signee, L.A.X.