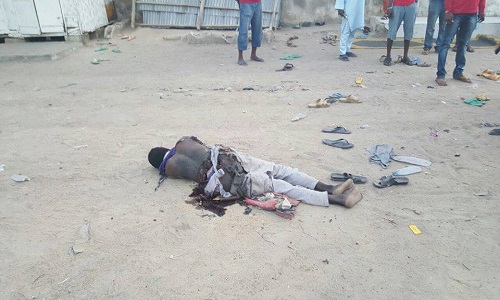 The Nigerian Army on Wednesday said troops of 7 Division Garrison and dedicated Civilian JTF averted an attempt by Boko Haram to unleash a suicide bomber on “peaceful” residents of Sulaimanti community, outskirts of Maiduguri, Borno State.
The Army said the troops and Civilian JTF were maintaining security and vigilance when a male suicide bomber attempted to sneak into a Mosque in the community to wreak havoc on worshippers, who were already converging for early morning prayers.
The Acting Director, Army Public Relations, Sani Usman, in a statement, said the suicide bomber was however, prevented from gaining access to the mosque.
“Unfortunately, 5 civilians sustained injuries during the failed attempt. A team of Explosive Ordinance Device (EOD) have successfully detonated the remaining IEDs and combed the area”, Usman, a Colonel said.
He said the injured had since been evacuated to the hospital while troops and security agents have intensified patrol within the general area.
According to the statement, the Acting General Officer Commanding 7 Division, Brigadier General Victor Ezugwu, also visited the community shortly after the incident. 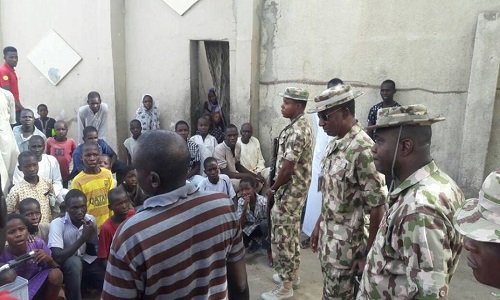 Ezugwu, who commiserated with residents and reminded them of their civic responsibility to arrest or report suspected persons who usually carry out reconnaissance of their domain before carrying out suicide attacks, reassured citizens of the military and security agencies’ commitment to their safety and security.