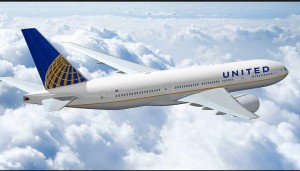 The United Airlines have revealed plans to discontinue operations in Nigeria by ending of June citing economic policies and energy sector as reasons.

This however coincides with the Federal government’s proposal yesterday to establish a national carrier to enhance the competition in the aviation sector.

With the last flight which is on June 30, Delta Air lines will now emerge as the major US carrier flying to Africa.

The United Airline claims that suspension would have come earlier than this as the Houston to Lagos route had underachieved in years but had to sustain it because of how important it was to their Texas-based customers.

Due to the depletion in the country’s foreign reserves caused by global plunge in oil prices, the Central Bank of Nigeria’s foreign exchange policy restricted the movement of foreign currencies. However, sufficiently indicating potential stiffening of the airlines’ operation in the country as the route has not been profiting.

The airline has apologized for any inconveniences caused especially to customers with bookings for flight beyond those date as they will also provide refunds.