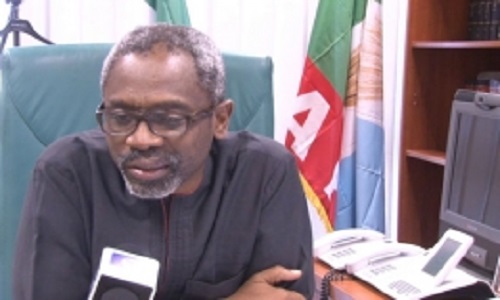 Majority leader of the House of Representatives, Femi Gbajabiamila, on Friday explained the reason behind his decision to support the removal of fuel subsidy by the President Muhammadu Buhari administration, four years after he opposed same move by the Goodluck Jonathan administration.
The All Progressives Congress lawmaker representing Surulere I federal constituency, Lagos State, said he was forced to change his stand after he was confronted with facts and figures that the fuel subsidy regime could no longer be sustained.
Mr. Gbajabiamila maintained that if subsidy was not removed, Nigeria could have experienced recession within the next two months.
It would be recalled that the Minister of State for Petroleum, Ibe Kachikwu on May 11, 2016 announced the deregulation of the downstream sector of the petroleum industry, effectively ending fuel subsidy.
The move saw the pump price of petrol go up from N86.50 per litre to N145.
Speaking at a town hall meeting with his constituents in Lagos, the Reps Majority Leader, however, pleaded with Nigerians not to lose hope in the APC-led federal government, assuring that situation of things in the country would soon improve.
He also said Nigeria found itself in this precarious condition because of the level of loot and theft perpetrated by the immediate past Peoples Democratic Party (PDP) government at the centre.
Gbajabiamila also weighed in on the strike embarked upon by the Nigeria Labour Congress (NLC) in response to fuel subsidy removal, saying the action was largely unsuccessful because there was no need for it in the first place.
According to him, Labour was duly informed by government of the situation warranting subsidy removal.
He said, “That is why the planned strike did not work because members of labour knew there was no need to strike, even PDP knows that this was the only thing the government could do. Now the idea belongs to OPEC (Oil Producing Countries), I did a research and found out that all oil producing countries from Saudi Arabia to Qatar, to Bahrain, to Venezuela to Russia have increased their fuel price by 40 per cent since December-January, we were the last”.
On the performance of the Buhari administration on its first anniversary, the House Leader said it was too early to give a scorecard of the present administration, urging Nigerians to give their assessment after four years.
He said, “Things are very, very difficult today in Nigeria, we must acknowledge that. The question we need to ask ourselves is why? And the answer is very simple. When this government came into power, we knew the situation was bad, we knew the party that was there in the least 16 years had done a lot to destroy our economy. It was when we got there that they saw the books and the fact that everything was empty.
“The kind of rot, the kind of corruption, the kind of theft that Buhari and APC met [are] unprecedented anywhere in the world and that is why the Prime Minister David Cameron recently in London said Nigeria is fantastically corrupt”.