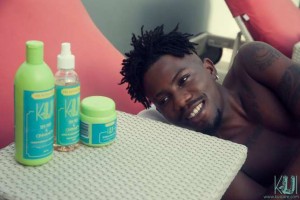 After kick-starting the year with a bang, fast rising Nigerian rapper, Ycee has just grabbed himself his first endorsement with hair care product KUI.

The ‘Jagaban‘ singer is set to appear in series of campaign for KUI across various marketing mediums – rolling out from May 2016.

YCee who has made his mark in the music industry was obviously elated about the new endorsement.

It’s not still certain how much the deal is worth, but he had this to say: “I’m happy to be KUI’s brand ambassador and really like how my hair feels after using their products.”

YCee’s debut into the music industry was in the year 2012 with the single “Smile On Me” and ever since the sky has been the limit.

He went on to bag two nominations at the 2015 Nigerian Entertainment Award, a 2015 AFRIMA nomination and was the winner of the keenly contested Rookie of the Year award at the 2015 HEADIES.