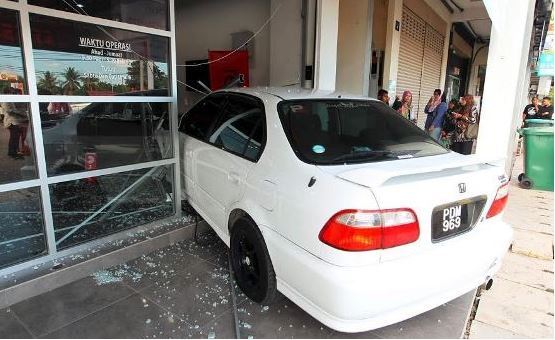 An 11-year-old boy created chaos on Friday, June 3 when he drove his mother’s Honda Civic straight into a telecommunication shop in Taman Vistana Indah, Malaysia. It is learnt that the boy’s mother had gone to a nearby spa. 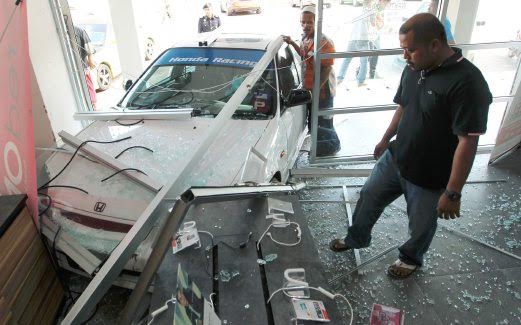 In the car were the boy and his 12-year-old cousin, both seated in front. It was understood that the woman had left the boy instructions start the engine. However, instead of just turning on the engine, he inadvertently rammed the car into a shop in front. No injuries were reported in the incident.

The shop owner, Md Shaifon Nizam Ahmad, 35, who was away during the incident said that he was told by his employee about the incident around 3.30pm.
“Several of our facilities and accessories were damaged. But what’s important is that no one was injured, including the two boys. Shaifon believes that the mishap could end up costing him RM20,000 in repairs.