Home News Feed 14-Year-Old Girl Attempts Suicide As Mother Rejects 34-Year-Old ‘Okada Man’ Boyfriend
Facebook
Twitter
WhatsApp
A 14-year-old girl is currently battling for her life in a hospital after she reportedly drank some poisonous substance because of her lover who is twice her age. 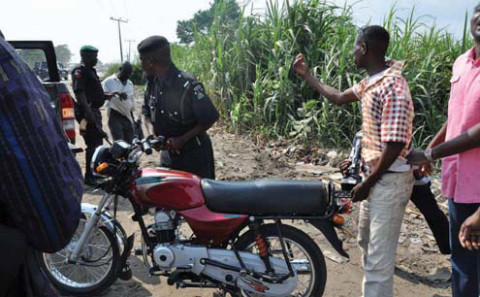 A Ghanaian teenage girl identified as Adjoa, who reportedly drank some poisonous substance after her mother refused to accept her 34-year-old commercial motorcyclist boyfriend, is presently fighting for her life in a hospital at the Ashanti Region of the country.
The 14-year-old girl’s mother, identified as Maame Ampomaa , could not come to terms with why her teenage daughter would be ina love relationship with a man old enough to be her father and narrated how the whole incident played out:
“About a week ago, I noticed that she had gotten herself a boyfriend. I am a widow and a single mother who toils to take care of her, so, I told her that she would stop schooling and stay home if she continued the relationship.
“I woke up this morning and could not find her. I went to her room only to find her almost dying after consuming a poisonous substance.
“I rushed her to a nearby hospital and I am praying that she gets well soon. I was only looking out for her own good so that with all the monies spent on her education, she does not get pregnant.
“She may end up not getting a good man to marry, that is why I also asked her to stay away from this relationship,” the distraught mother said.
Source: Tori.ng