Nigerian rapper and actor, Falz the Bahd Guy has been nominated for the Black Entertainment Television Awards.

He has been nominated in the Viewers choice Category for the ‘Best New International Act‘ and he is up against Emtee (South Africa), MHD (France), Tkay Maidza (Australia), WSTRN (UK) and Section Boyz (UK). Falz has cemented his celebrity status in the past year with the release of his well received sophomore album ‘Stories That Touch’. 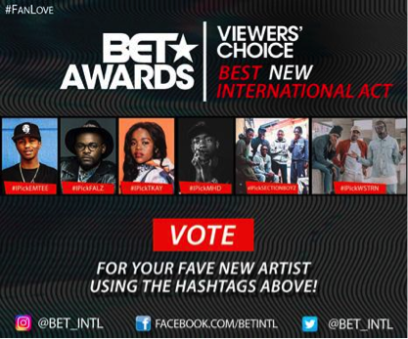 He has also delved into acting with a role in ‘Jenifa’s diary‘ as well as other appearances which prove that Falz might be our very own Jamie Foxx.

Be sure to Vote for Falz!!!