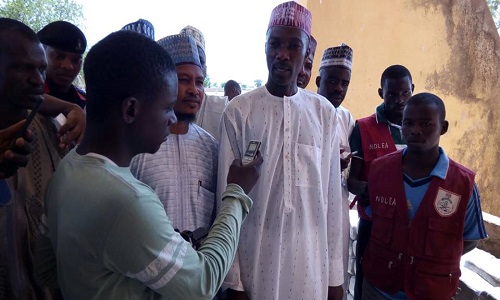 The chairman of Potiskum local government area in Yobe State, Alhaji Muhammad Musa Potiskum, has handed over a 50-year-old man, Mohammed Dadi, to officials of the National Drug Law Enforcement Agency, NDLEA, for allegedly being in possession of 136 compressed blocks of Marijuana (Cannabis Sativa).
The suspect, was arrested by security operatives at Rugar Fulani near Potiskum, based on a tip-off.
Handing the suspected hemp dealer to the NDLEA officials yesterday, Alhaji Potiskum said the council had set up a team working with security operatives to stem the tide of sales and consumption of illicit drugs because of the harm it was doing.
“We all witnessed the case of a son who killed his mother, father and sisters. He confessed to have done it under the influence of drugs”, the council chairman said, adding that the 136 compressed blocks of the Marijuana had a street value of several millions of Naira. 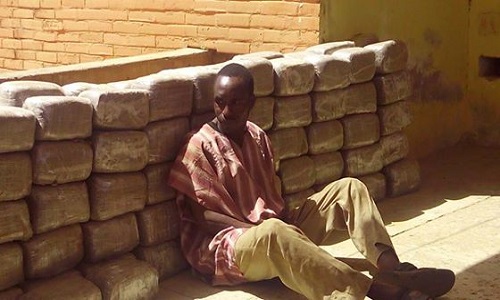 In an interview, Dadi told journalists that he knew nothing about the Marijuana as it was dropped in his house by one Lawan when he was not around.
“I came back from market when my father told me that one Lawan brought the Indian hemp to my house. I was about to protest when the security operatives arrested me. I don’t know anything about it”, he said.