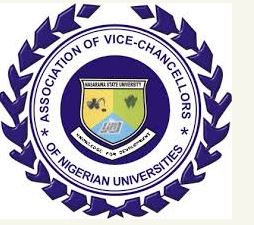 The Academic Staff Union of Universities, ASUU, on Wednesday, kicked against the Federal Government’s directive for tertiary institutions to scrap the Post-Unified Tertiary Matriculation Examination, Post-UTME, for admission of candidates for the 2016/2017 academic session, saying the quality of tertiary education in the country could improve if the institutions are allowed to regulate their students admission process.

Recall that at a recent joint policy meeting to decide the cut off mark for students seeking admission into the universities, the government announced the scrapping of post-unified tertiary matriculation examination (UTME).

The Post UTME is the second stage of screening usually conducted by universities for the final selection of candidates qualified for admission for an academic session.

Minister of Education, Malam Adamu Adamu had threatened to sanction any university or tertiary institution found conducting examinations under any guise to admit students.

He further directed tertiary institutions that had collected money from candidates for such purposes to immediately refund it or face appropriate sanctions.

The ASUU boss told NAN that such directive encroached on the autonomy of the institutions.

“I think government should give these institutions the chance to regulate themselves,” he said.

“We do not think it’s right for government to decide the method of screening of the candidates, indeed, we want to attain some level of sanity and quality in the system.”

The unionist added that government could only come into the process by putting in place the necessary guidelines as part of their oversight functions.

According to him, it may not also be easy for institutions that had already collected money for the conduct of the post-UTME or screening in whatever guise to refund such money.

He added that this was because such money could have been diverted to other purposes.

Ogunyemi noted that most universities were under-funded and therefore, might have used some of the money to attend to urgent needs of the institution.

“Some of the arguments raised in this entire episode is that universities or tertiary institutions were using the conduct of such examination to make money,” he said.

“But the truth is, these institutions are poorly funded. If universities for example are properly funded, will the vice-chancellors be looking for other means of making money?

“In the last seven months, university workers have been receiving incomplete salaries, that is, the disbursement of funds for payment of salaries has always been inadequate.

“When situations like this arise, the managements will not be left with any choice than to look inwards and seek means of meeting such needs.

“And one of such strategies is by conducting such examination.”

Ogunyemi noted that the state universities were worst hit for many of them had yet to receive subvention in the last one year.

“Actually we in ASUU frown at extortion of any type from students or candidates but the government too should be alive to its responsibilities by providing the enabling environment that will aid teaching, leaning and research.”