An Australian surfer has lost his leg and is reportedly hanging onto life after a shark attacked him at a beach in Australia. 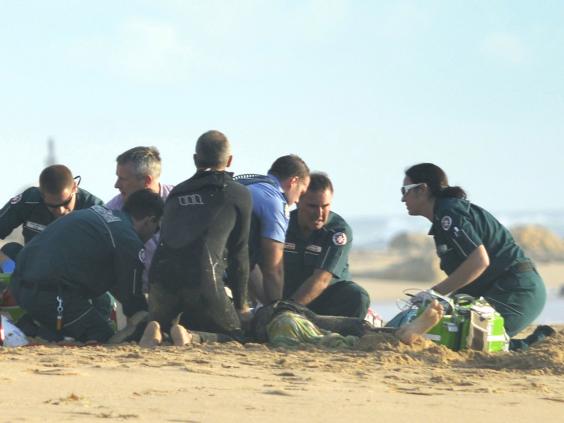 29 year old Ben Gerring was surfing on the beach in Western Australia on Tuesday when the attack occurred around 4 p.m Australian time.

His surf board was snapped in two by the shark as it remains unclear what type of shark attacked him on Tuesday although unofficial reports claim it was a 15ft Great white shark.

Gerring was airlifted to the hospital in Oerth but is not yet in stable condition despite undergoing surgery.