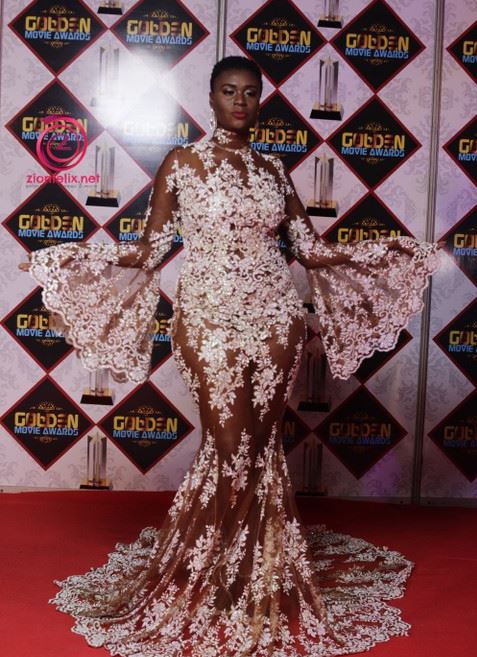 About three days ago, this Ghana actress Bibi Bright, released her new promo photos which were as good as being Unclad. Now, she has reawaken her fashion madness with her outfit to the 2016 Golden Movie Awards. The actress appeared in a sheer outfit, which looks like she’s wearing nothing beneath. Looks like she decided not to wear any underwear, drawing major attention with all eyes focused on her. She was later spotted kind of covering her ‘major frontal beneath thing’, but the purpose of this outfit looks to have been fulfilled as she got all the attention to last her for days! She’s very daring!