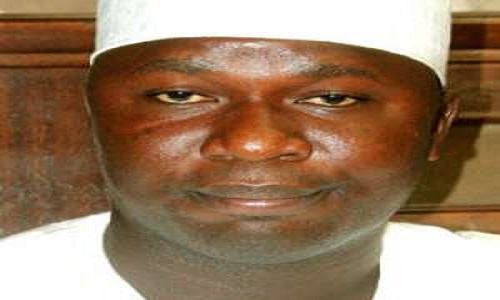 Deputy Speaker of the Kaduna State House of Assembly, John Audu, has reportedly ordered the arrest of two staff of the Kaduna Electric Distribution Company (KEDC).
The staff, whose names were given as Danjuma Stephen and Olabode Olaborede, were arrested yesterday by policemen for having the guts to disconnect the residence of the deputy Speaker in Sabon Tasha, Kaduna South area of the state from public power source.
It was learnt that the deputy Speaker’s residence was disconnected over non-payment of his bill on Wednesday last week but that he (Audu) went ahead to restore supply to the property.
The spokesman for KEDC, Abdulaziz Abdullahi said after discovering that the house had been reconnected without following due process, the company’s staff returned to cut off its power supply line only for the deputy Speaker to order their arrest.
Mr. Abdullahi, who condemned Mr. Audu’s act of sheer impunity in the strongest terms, claimed that Messrs. Stephen and Olaborede of the Sabo Service Centre, had been in detention at the Sabo police station for over four hours.
But the deputy Speaker claimed his residence was “illegally” disconnected because he had paid the tariff and had evidence to show for it.
One of his advisers, who identified himself as Mr. Maika Kure, explained that it was when officials of the KEDC came into the Deputy Speaker’s house and assaulted his security and orderly that he (Audu) ordered the police to arrest them because according to him, “the mission of the officials at that stage appeared suspicious”.