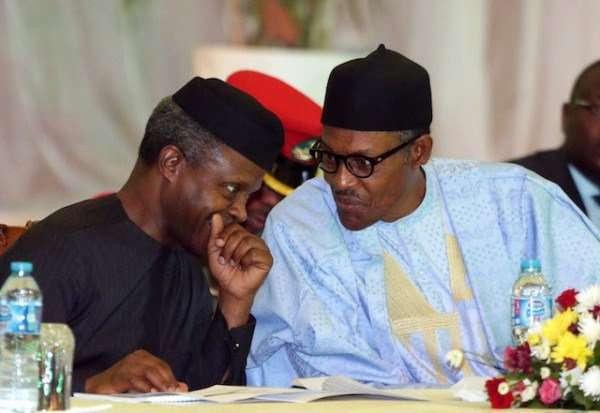 President Buhari was expected to arrive on Thursday to flag off the clean-up of the Ogoni land ravaged by oil spill and production degradation.

The clean-up was to be inaugurated at Numuu-Tekuru Waterfront in Bodo-Ogoni, Gokana local government in line with the recommendations of the United Nations Environment Programme (UNEP) report on Ogoniland’s environmental assessment.

According to SaharaReporters, no reason was given for the last minute cancellation. 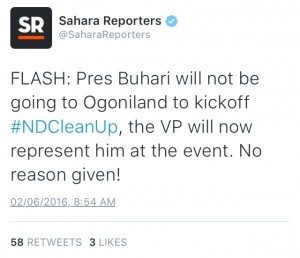 Buhari will now be represented by the Vice President, Yemi Osinbajo. This would be the second time in recent weeks, Buhari will cancel a planned trip.
If you recall, the President had canceled a similar planned official trip to Lagos state over what some of his aides’ claimed was a disturbing “ear infection”.