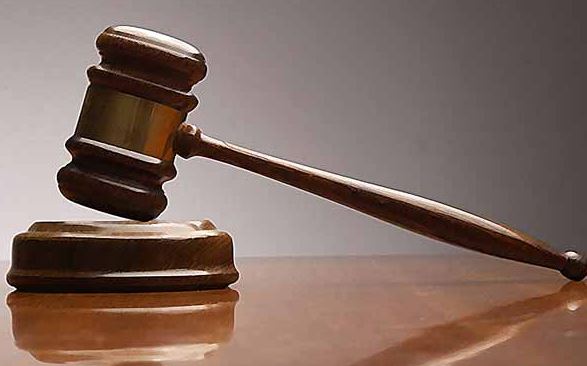 The Federal High Court, Ado Ekiti, has ordered that the Economic and Financial Crimes Commission (EFCC) and the Zenith Bank must appear on Monday, July 4, to show cause why a motion to de-freeze Governor Ayodele Fayose’s personal accounts with the bank should not be granted.

Justice Taiwo Taiwo, while ruling in a motion ex parte brought before his court by Fayose through his counsel, Chief Mike Ozekhome, said the court also granted leave to the applicants to serve the respondents forthwith at the addresses on the order papers.

Justice Taiwo said: “I am of the opinion that this mandatory order is better granted with the interlocutory order being sought through an application pending before the court, because the applicant has filed all papers to this effect.
“I hereby order the first and second respondents to appear before this honourable court on July 4, and show cause why the order should be refused. This is not a refusal of the order, I have not refused it, but I only put it in abeyance, which I said without prejudice to what will be the position of the respondents.
“But a leave is granted for the service of the defendants with the originating summons in their respective addresses as contained on the order papers.”

Chief Ozekhome had pleaded with the court to grant the motion to de-freeze the two personal accounts belonging to Governor Fayose, saying the alleged illegal act by the EFCC and the second respondent, Zenith Bank, had caused untold hardship to his client.
According to Ozekhome, Governor Fayose had gone to his bank to withdraw some money, but was told he could not do so because there was “an order from above.”

He added: “Fayose said but only God is the one above and any order should come from Him. He said he would remain in the bank until what happened to his account is explained to him in black and white; why he cannot operate his personal account. Hence, the letter which we present as exhibit A.”

He, therefore, through an 18-paragraph affidavit deposed to by Bimpe Olamiju and filed on June 24, asked the court to order, among other things, the de-freezing of the account.

He also sought the leave of the court for the service of the originating  summons on the defendants in their various addresses outside the jurisdiction of the court as contained on the order papers, supported by 17-paragraph affidavit.

Delivering his ruling, Justice Taiwo said he quite understood that the applicant (Fayose) enjoyed immunity and that the court could adjudicate on this matter as canvassed by the counsel for the plaintiff, but pointed out that the relief he basically sought was a mandatory order of the court.

“I quite agree that the applicant has immunity pursuant to provisions of the constitution, but it is glaring that the application he is requesting for is a mandatory order to undo what had already been done and the court can’t abdicate its duty under this circumstance,” he said.