In the second episode of violence at the Euro 2016 tournament, Croatia’s match against Czech Republic was suspended in the 86th minute after fans threw flares onto the pitch. 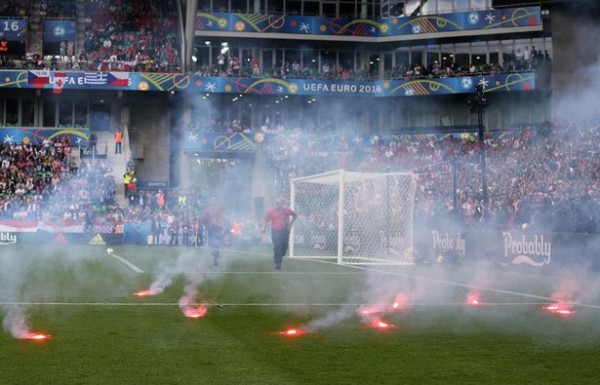 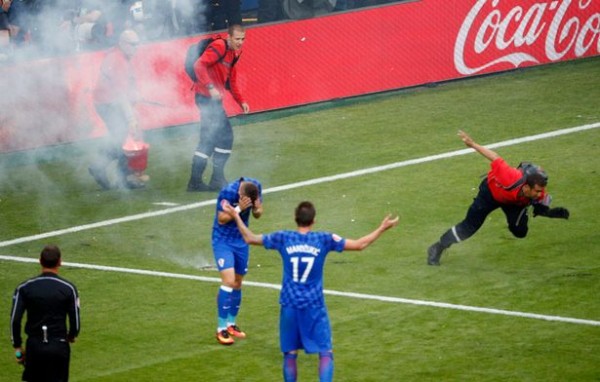 Tempers flared in The Group D encounter when Croatia who were leading 2-1 conceded a late penalty to ensure that Czech republic drew level.

Croatian fans registered their displeasure by throwing flares on the pitch and leaving one steward injured. Croatian Coach Ante Cacic condemned the incident and said those involved were ‘Croatian terrorists not fans’.

Croatia will face investigation by UEFA having after an incident with their fans in their opening match.