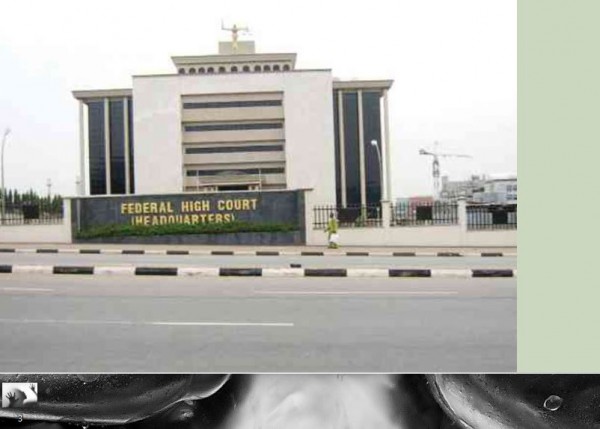 A mild drama played out at the Federal High Court in Yenagoa, Bayelsa State wednesday, when the court clerk read out a case between the Federal Medical Centre, Ovom in Yenagoa and 121 unclaimed corpses.

Lawyers and those who were in the courtroom were still in shock when Justice Ajiya Nganjiwa sought to douse the jolted occupants of the courtroom.

“Now everybody is afraid because they have mentioned corpses,” the judge joked.

But the lawyer to FMC, Bayelsa, Mr. K. Clement, prayed the court to grant his 14-paragraph application requesting that the hospital should be given the go-ahead to give the unclaimed corpses a mass burial.

After listening to the argument backing the application, the judge concurred, stating that it was “time to allow the dead rest in peace”.

“The application is hereby granted for all the 121 abandoned corpses to be buried. All agencies and bodies involved must comply with this order,” he said.

The federal hospital had argued that the corpses would get a mass burial if the relatives of the deceased did not collect them.

THISDAY gathered that many of the bodies had been abandoned for over 10 years, thereby blocking space for fresh corpses.

Dr. Dennis Allagoa, Chief Medical Director (CMD) of FMC, Yenagoa, had earlier explained that the decision, among others, was taken to create space in the mortuary as fresh corpses were being brought in on a daily basis.

He also cited pollution of the health facility as a reason for the decision to evacuate the cadavers in the next three weeks.

“We issued a 21-day public notice because we noticed that corpses have littered the entire mortuary and there was no space to take in new corpses.

“As the decay goes on in the mortuary, the corpses have become a threat to human life because chemical and biochemical effects are on-going.

“So we want to clean up the area so that people can enjoy the benefit of a good site and space to bring in their corpses,” the CMD said.

Dr. Allagoa added that most of the unclaimed corpses were deposited by security personnel while others were found on the roads and creeks and brought to the morgue.

“A lot of them were corpses that were deposited by the security agents. Most of them are just bones, legs; they are not actually full body parts.