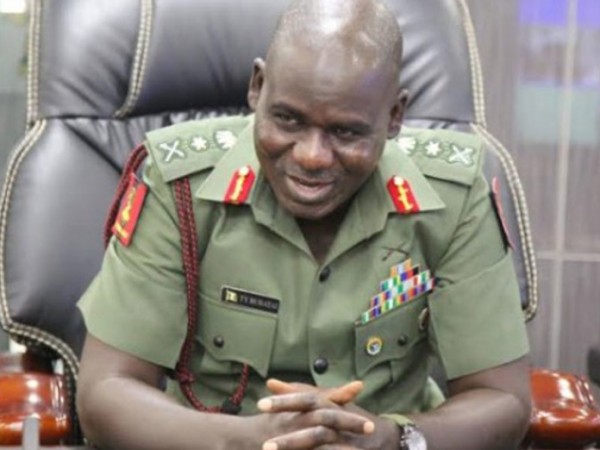 The Minister of Defence, Brig.-Gen. Mansur Dan-Ali (retd) has exonerated the Chief of Army Staff (COAS), Lt.-Gen. Tukur Buratai of corruption allegations against him.

Buratai was accused by an online medium of owning choice properties in Dubai, the United Arab Emirates.

The medium said the Army chief and his two wives are joint owners of a Dubai property worth about $1.5m, which payment was made in one transaction.

It further indicated that the money for the purchase of the property may have come from a vehicle contract scam while Lt.-Gen. Buratai was the Director of Procurement at the Army HQ.

In a swift reaction, the Army spokesman, Col. Sani Usman, said Buratai, who was appointed as COAS on July 13, 2015 by President Muhammadu Buhari, owned the two properties with his family and that they were paid for in installments through personal savings three years ago, not after his appointment as claimed in the report.

Col. Usman, who denied the money for the purchase was proceeds from corruption, further stated that the Army chief listed the properties in his assets declaration form as required by law.

Taking a more definitive stand on the issue, the minister, in a statement signed on his behalf by his Principal General Staff Officer, PGSO, Brigadier General Mohammed Ahmed, said the report should be disregarded.

“It is on record that Lt. Gen. Buratai had declared his assets as the Commander, Multi-National Joint Task Force and as Chief of Army Staff to the Code of Conduct Bureau”, he said.

Mr. Dani-Ali added that the facts were verifiable at the bureau and called on the media to be more professional when it comes to security and defence related matters.

“The Ministry of Defence views this as an attempt by some unpatriotic and disgruntled elements to distract the leadership of the Nigerian Armed Forces from the successes in the war against terror, particularly in the North-east”, he added.

The Defence Minister assured Nigerians that the present administration would not harbour personalities with dubious character.