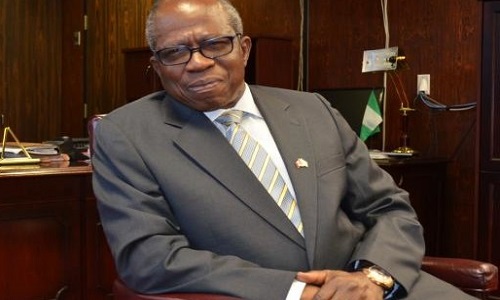 A former Minister of Transport and current secretary of the Peoples Democratic Party’s Board of Trustees, BoT, Chief Ojo Maduekwe, is dead. He was aged 71.

Mr. Madueke, who served in different capacities as minister and was Nigeria’s one-time High Commissioner to Canada under the PDP governments between 1999 and 2015, slumped inside a vehicle on his way from the Nnamdi Azikiwe International Airport, Abuja and was pronounced dead on arrival at the hospital.