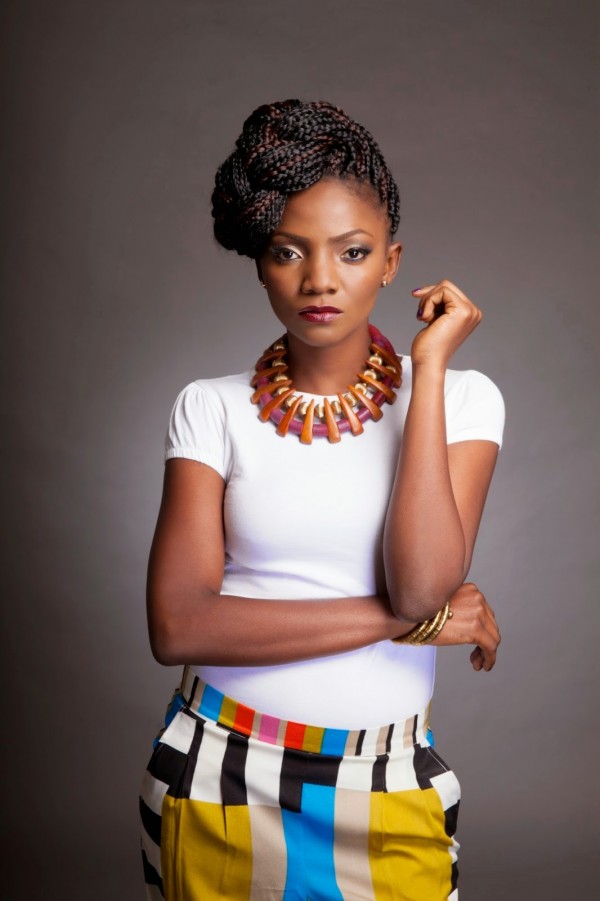 A lot of artists strive for uniqueness but for some, uniqueness comes naturally- Simi belongs in the latter category.

Christened into a family with no affinity for music and pop culture and having to deal with her parents divorce while she was just 9, music was anything but a straight forward journey for Simi.

Simisola Bolatito Ogunleye, is not a name that would ring a lot of bells but her simpler stage Simi would elicit a spark of recognition from most people.

“I didn’t have a lot of music in my childhood” the 28 year old told us when we caught up with her. Its a strange admission in a country where music and football are handled with equally religious fervor. 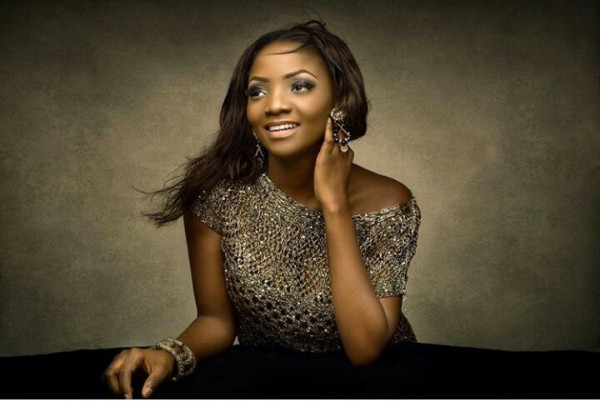 Simi says she was a then precarious and ambitious youngster, with a cheesy smile and slim frame and the usual simple beginning of singing in her church choir.

The Nigerian music industry is particularly ruthless, more so for women, who have found that they need to work harder than their male counterparts to stay relevant. Simi has kept at it regardless and she credits her work ethic and perseverance as the most important virtues in ensuring she has stayed relevant.

It hasn’t been rosy nonetheless despite being signed to X3M music record label (Which has the second runner-up of the 2008 project fame West Africa edition, Praiz in its crew). She released her first studio album in 2006 titled “Ogaju.”

Whelp. It wasn’t an instant hit.

Then, amid other songs, “Tiff” was delivered to the populace on June 9th 2014, and was met with positive reviews among music critics, earning the singer a ‘best alternative’ nomination in the Headies award.

“It was similar to the crossing of the red sea in the bible” Segun, a music critic said of the song in 2014.

“A giant leap from the regular album in Ogaju to a trending song in “Tiff”, from my experience it is now hard for music artists to build on this precedent.”

For Simi, it wasn’t.

It didn’t take long for the Ojueleba born artist to dash again into the limelight with the release of “Jamb Question,” accompanied with a remix which featured BET’s 2016 viewer’s choice award winner, Falz.

“Jamb question puts in a blend of Simi’s soothing voice, her comical lyrics, and a beautiful instrumental,”

Sifon B, a music critic on Jagunda.com wrote, rating the song with 4 stars out of a possible 4.

Subsequent releases, most notably: “Open and Close”, “Love Don’t Care” and the mouth-watering collaboration with Falz for “Soldier” has shown there is no sign of retreat for this award winning graduate of Mass communication.

Information Nigeria reporter Femi Hills, briefly caught up with the singer, asking questions from her child hood life to her upcoming projects. The excerpts are below.

Q- Please Tell us, who is Simi?

A- I’m Simisola Bolatito Ogunleye. I’m the only girl and last born of four kids (from my mum). I’m a Singer/Songwriter. I’m also a Mass Communication graduate from Covenant university.

A-It was fun. I was a little tomboy, because I grew up with boys. I was also kind of a spoilt kid. My dad made sure i had everything I ever wanted. I didn’t have a lot of music in my childhood, because my family never leaned towards music. So I wasn’t introduced to anyone’s music I could learn from. My parents separated when I was nine so I saw that life wasn’t all that rosy at a pretty young age.

Q- Do you write your songs?

Q- Most of your songs always revolve around love, any idea why?

A- I suppose it’s because I love love. Everybody loves love. It’s the one thing that every human being has in common.

Q- in the hit song “Soldier,” who was the most challenging part of
shooting the video?

A- The part where I was tied up was pretty hard for me. We were on the floor and there were insects and bugs crawling around – and there wasn’t much I could do about it.

Q- There are obviously a lot of well talented female artistes in the
country. Do you feel threatened by this feat?

A- No. I’m not in the industry to compete with anyone. We all have our strengths and there’s enough room for everyone.

Q- What are your likes and dislikes?

A- I like chocolate ice-cream and I hate lies.

A- Falz is my fellow artist and he’s a friend. That’s all anyone needs to know really.

A- God. My passion for music. My desire to leave a legacy.

Q- Do you have beauty tips for your female fans?

A- Drink a lot of water. Smile. Keep smiling,

Q- Would you say you have fared proficiently in the Nigeria music scene?

A-I think I’ve not done badly and I thank God for that.

A- There’s an EP with Falz coming soon and hopefully, we’ll drop my album this year as well. Anything is possible.