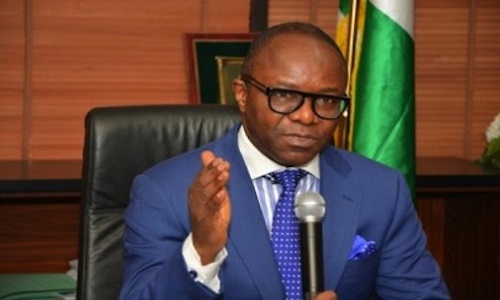 Some states in the Niger Delta currently grappling with militancy, kidnapping, violent cult clashes and other vices, will be ruing their missed chances after the federal government revealed yesterday that the biggest investments in the petroleum sector are going to be sited in Akwa Ibom.
The federal government, which approved an investment portfolio of over $7billion in the petroleum sector, said it decided to site the largest chunk of the investments in Akwa Ibom due to the relative peace enjoyed in the state.
The Minister of State for Petroleum Resources, Dr Ibe Kachikwu, stated these on Monday at a government town hall meeting in Uyo, Akwa Ibom State.
He said: “Let me say that some of the biggest investments coming in the Petroleum sector are in fact coming to Akwa Ibom State. Right now, we are finalising the Independent Power Project (IPP) with Mobil, which will produce 500 megawatt (MW) of power”.
“A major investment is also coming, working with the Nigerian National Petroleum Corporation (NNPC) to develop some facilities, including an ethanol plant. The total value of this investment is over $7 billion. It has been approved by the President. There are major investments coming your way as a result of the peace we enjoy here”, Kachikwu added.
The minister’s vote-of-confidence in Akwa Ibom was not swayed by the actions of some youths, who earlier on disrupted the town hall meeting, albeit briefly.