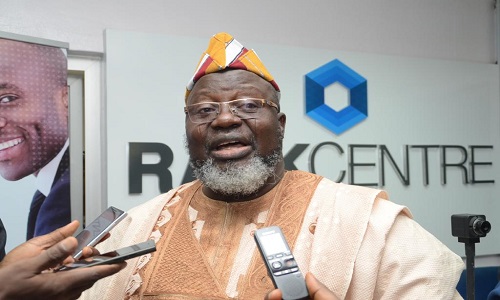 The Federal Government is set to deploy all the four International Radio Monitoring Stations (IRMS) in strategic locations across the country to counter what it termed “illegal radio broadcast” insurgents and separatist groups in the country.

Boko Haram in the Northeast, recently floated a radio station where it is broadcasting propaganda messages; the Indigenous People of Biafra (IPOB) has long before now, been broadcasting divisive messages across the Southeast and parts of the Southsouth while the militant group, Niger Delta Avengers, has been using the internet to spread messages of its destruction of oil and gas installations in the Niger Delta.

The Minister of Communications, Adebayo Shittu, who spoke yesterday in a statement signed by his media aide, Victor Oluwadamilare, said the FG is in the process of rehabilitating the moribund IRMS and would thereafter deploy them to counter any radio or internet broadcast capable of undermining the country’s national security.

In the statement, Shittu said the IRMS are “strategically located in various parts of the country as security surveillance to monitor radio broadcast activities, so as to guide against illegal use of the radio frequency airspace for unauthorized broadcast by proscribed groups, political and ethnic motivated dissidents”.

He further said: “The Federal Ministry of Communications has adequately appropriated for rehabilitation works on the IRMS facilities across the country in the 2016 Federal Government budget and has consequently warned against any illegal occupation and acquisition of any fraction of land on which these infrastructures are located”.