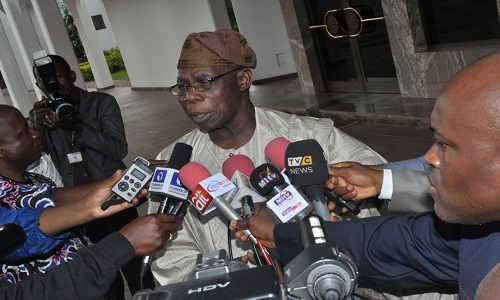 Former President Olusegun Obasanjo has carpeted state governors in the country for rendering the local government areas “impotent” and almost “bastardised” following what he termed the massive encroachment into the affairs of the LGAs by the governors.

Mr. Obasanjo pointed out that the “glaring injustice and overbearing influence of the governors on the LGAs are such that they cannot tolerate it should the Federal Government elect to treat them the same way”.

He made this position known when a 60-member delegation of the National Union of Local Government Employees (NULGE) visited him yesterday at his home on the Presidential Hilltop Estate, Abeokuta, the Ogun State capital.

The delegation, led by the NULGE National President, Ibraheem Khaleel, came to solicit the former president’s support towards freeing the LGAs from the alleged “asphyxiating grip of the nation’s 36 state governors”.

According to Khaleel, the delegation came to see Chief Obasanjo to enlist his help in the rescue mission of the LGA system, stressing that as founding member of the administration in 1976, they had autonomy of the third tier in mind.

The former president, who paid rapt attention to the issues tabled before him by the NULGE delegation, lamented his helplessness in the current circumstance.

Obasanjo recalled that when the LGAs were reformed in 1976, by the then military government, which he was a part, it gave LGAs” functions, responsibilities and duties” to perform.

However, the former president expressed sadness that interference by state governors had completely eroded the “sanctity and constitutionality” of the law establishing LGAs.