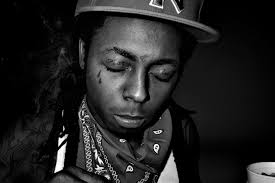 American rapper, Lil Wayne has been trending on social media since Monday night and many fans are curious and concerned as to what is happening.

INFORMATION NIGERIA can authoritatively report that Lil Wayne has health complications after suffering a seizure aboard a flight. The plane immediately made an emergency landing to attend to him and for reasons we are not yet privy to, Lil Wayne was said to have refused medical attention.

He has been taken to the CHI University medical Center for continued treatment. Some fans have blamed his seizure on his famous use of Codeine but what is closer to the truth is that Lil Wayne is reported to have a history of epilepsy- a fact he revealed in 2002.

He has however remained secretive about his medical issues as he once told radio station Power 106: “I’m prone to seizures. I’ve had a bunch of them, but y’all never get to hear about them. It got real bad this time, because I had three in a row and my heartbeat went down to, like, 30%. The reason is plain stress – no rest, overworking myself.”