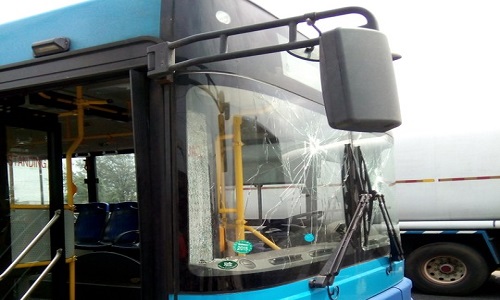 The News Agency of Nigeria (NAN) reports that the hoodlums were protesting the death of a street hawker, who was knocked down by an articulated vehicle while trying to evade arrest by Kick Against Indiscipline (KAI) officials at Maryland Bus Stop.

Following the accidental death of the hawker, the hoodlums vented their anger on the mass transit vehicles.

A BRT driver, Mr. Adedeji Adeosun, whose vehicle was vandalized, said, “I was in traffic for about 20 minutes at Maryland.

“Then I saw some people running from Maryland and I opened the door to see what was happening.

“I heard shouts from people that we should come down, so, I immediately removed my uniform.

“I saw about 100 hoodlums otherwise called ‘area boys’ coming with stones and I ran away.

“All the passengers on board my bus also came down and ran for dear life. I was hit by a big stone”. 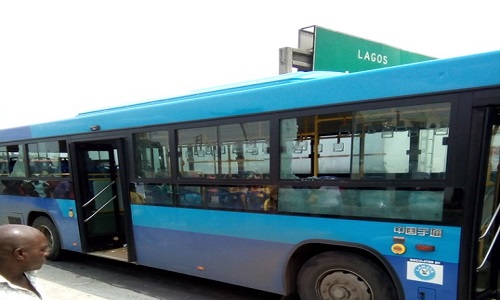 Another driver, Mr. Michael Onabolu, added, “I saw people running and shouting that I should come down from the bus.

“And all of a sudden, I saw some guys surrounding the buses, asking my passengers and I to come down.

“Before I knew it, one of them hit the bus with a big stone and I could not move because of the traffic. I was wounded on my hands and my tights with stones”.