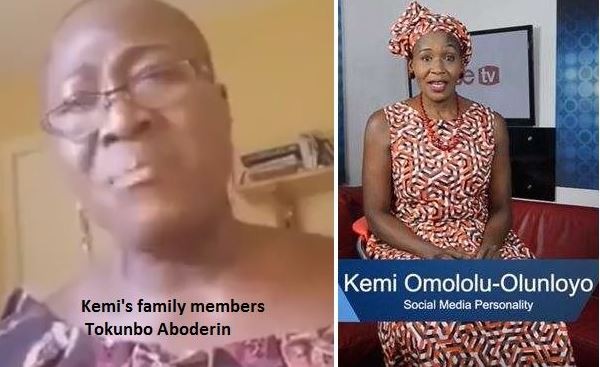 Kemi Olunloyo who recently called out on Nollywood veteran actor Jide Kosoko by calling him a ritualist and also insulted actress Dayo Amusa, of sleeping with the actor just days after the Nollywood actor lost his wife, Henrietta Kosoko has met match as one of her family member Tokunbo Aboderin J.P. called her out. According to the video, Tokunbo Aboderin got frustrated out of the several insults Kemi passes on Nigerian celebrities. Aboderin also revealed that the former Governor’s daughter has a mental problem, as well as disclosing how her father and ex-governor of Oyo state got her pregnant. and also Kemi’s father  got his house maid pregnant and Kemi’s mother threw the three-month-old boy into the well.

Kemi’s children were taken away from her in the United States (US) because she sexually harasses them and has not seen the children ever since as she laid more emphasis on how the Olunloyo’s are mentally imbalanced.