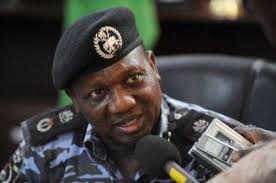 Responding to the call of new acting Inspector General of Police Ibrahim Idris telling president Muhammdau Buhari to retire 30 senior police officers, A human rights group, Campaign for Democracy, (CD) has appealed to the President and the Police Service Commission not to disengage them now especially when the country is being faced with security challenges.

The National Public Secretary of the group Dede Uzor Uzor in a statement call on the Police Commission and president Buhari to emend over the proposed retirement as it will have a negative impact on the police force.

“The retirement of 20 senior AIGs, who enlisted in the force before the new IGP is not the ideal thing at present when there are security lapses in the country.

“They are the officers who form a generation of police and to retire them will create a massive vacuum of both experienced and highly sound professional officers, who are specialists in fields that will affect the police badly, Dede said.

“We need their services especially now the country is being faced with security challenges such as Boko Haram, militancy, armed robbery and kidnapping among other crimes”.