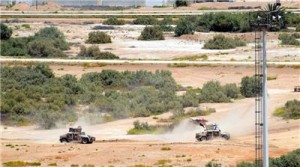 A senior Iraqi commander has declared the city of Fallujah “fully liberated” from Islamic State group militants after a more than monthlong military operation.

The head of the counterterrorism forces in the operation, Lt. Gen. Abdul-Wahad al-Saadi, told The Associated Press that on Sunday his troops entered the northwestern al-Julan neighborhood, which was the last area still under Islamic State control.

Lt. Gen Al-Saadi said the operation, which began late May, “is done and the city is fully liberated.” Fallujah has been under the control of Islamic State in Iraq and the Levant (Isil) since January 2014.  On Saturday, the army said it was screening 20,000 people leaving the Fallujah area to stop jihadists of the Islamic State group escaping among civilians displaced by fighting.