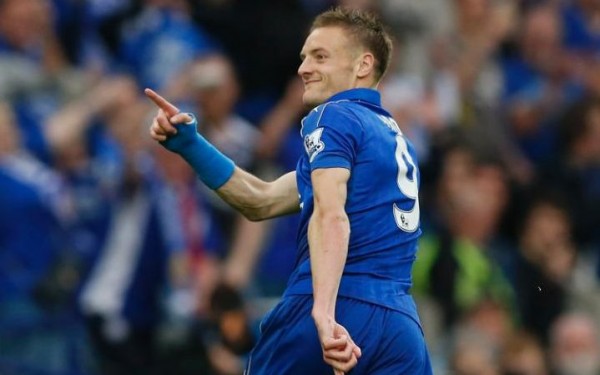 Leicester City striker Jamie Vardy has delayed any decision on his future in Leicester or North London outfit Arsenal till after the Euro 2016 tournament.

England manager Roy Hodgson, had issued a warning to his players not to have any transfer dealing with any football club when they travel to their training base in Chantilly, France for the upcoming Euro 2016 finals.

Arsenal triggered the £20m release clause in Vardy’s contract, hoping to complete the deal by the weekend before the player hooks-up with his team-mates for the flight to France, only for the Leicester City’s talisman to ask for more time in deciding his future. Arsenal have been briefed on the situation.

If the Vardy deal fails, Information Nigeria understands that Arsenal will now turn their attention to Spanish forward Alvaro Morata who is close to a £40m move to London rivals Chelsea.

England will kick off their Euro 2016 campaign against Russia in Marseille on Saturday with Jamie Vardy expected to start.

Information Nigeria will continue to update on this story.