He will embark on an eight-city tour of the United State of America this July. 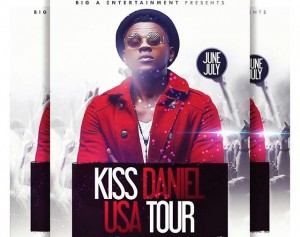 ALSO READ: Kiss Daniel’s new haircut Is As Dope As His Album

If you’re in any of the cities during the tour, make sure you checkout the “Woju” crooner.