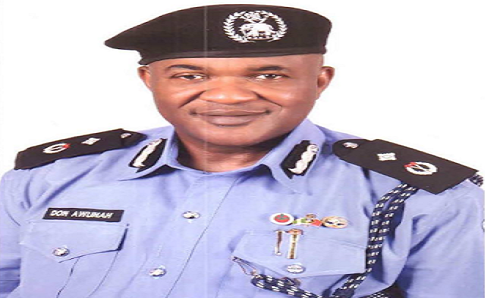 Awunah takes over from acting ACP Olabisi Kolawole, who was the police image maker from August 2015 to June, 2016.

In her remarks on Monday during a brief hand-over ceremony, Kolawole, who made history as the first female FPRO, told newsmen in Abuja that the appointment of DCP Awunah was in line with the Force’s tradition.

She thanked the media for the support given to her and urged them to extend same maximum cooperation to the new spokesman.

In his response, Awunah promised to improve on the existing cordial relationship between the Police and the public in line with the policy thrust of the Force.

He also urged the media to give him all the necessary support to effectively discharge his duty.

“I want to invite you to support the Nigeria Police Force to discharge its constitutional mandate of providing security to the people.

“I assure you of our cooperation. You know the I-G is passionate about the media”, he said.

Until his appointment, Awunah was the DCP in charge of Homicide Section of Force Criminal Investigation and Intelligence Department (FCIID) Abuja.

He holds B.A. Degree in Philosophy from the University of Lagos and M.A. in International Relations and Strategic Studies from Benue State University, Makurdi.