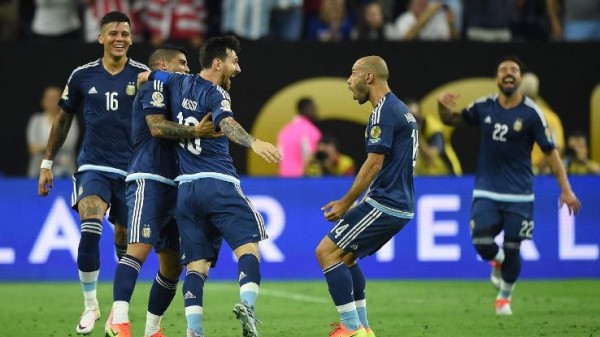 28 year old Lionel Messi is no stranger to breaking records. With 5 Ballon D’or trophies, its not too soon to say he will be remembered as one of the greatest players to ever play football.

If you thought he had no more records to break, you have another think coming! Lionel Messi became Argentina’s highest goal scorer after breaking Gabriel Batistuta’s of 54 goals after a beautiful free kick in Tuesday’s Copa America Semi Final

Argentina went on to win the semifinal game against the USA 4-0. Messi made his national team debut in 2005 and is only the second player to reach 50 goals for the Albaceleste